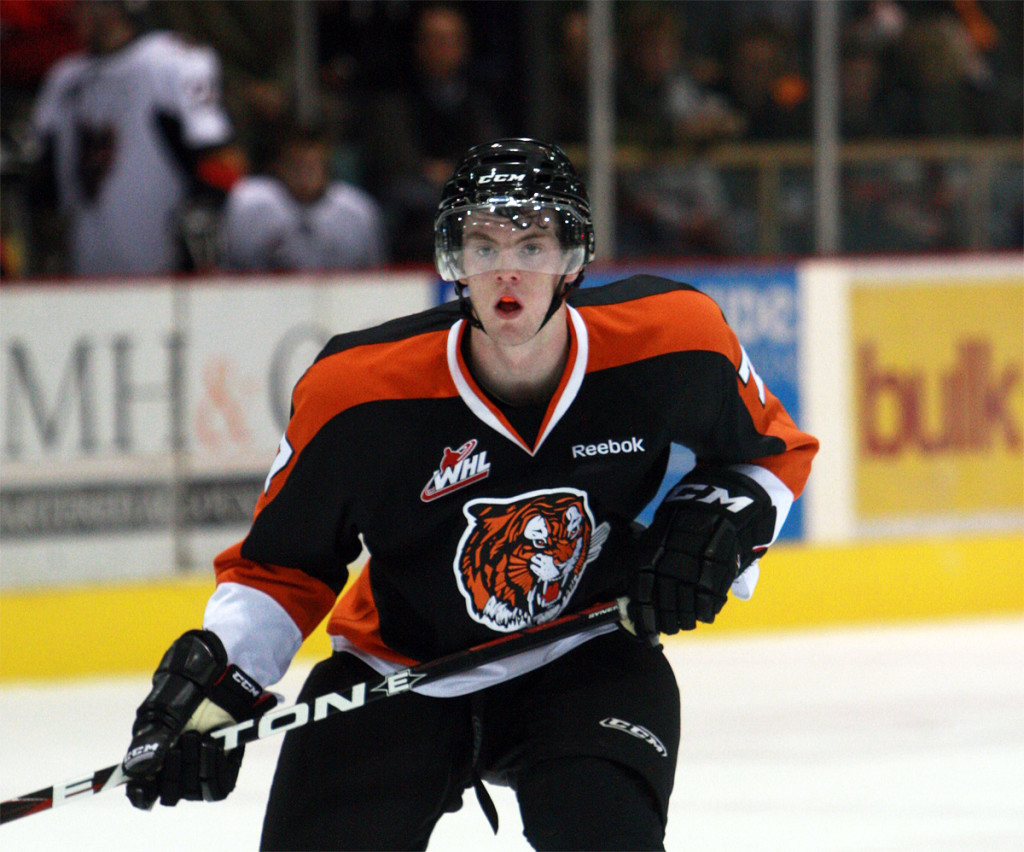 Jensen was originally selected by the Medicine Hat Tigers in the 1st Round of the 2010 WHL Bantam Draft, 14th overall.

2010-11: Jensen made his WHL debut, appearing in one playoff game for Medicine Hat, after skating for the UFA Bisons AAA team in the Alberta Midget Hockey League and played for Team Alberta in the Canada Winter Games. He had no points nor penalty minutes in his only appearance with the Tigers. Jensen had 6 assists with 26 penalty minutes in 27 regular season games for the Bisons. UFA reached the playoff semifinals and Jensen skated in all nine games – finishing with 2 assists and 16 penalty minutes. In the U17 CWG tournament he had 2 assists with 4 penalty minutes in six games as Alberta won a bronze medal.

2011-12: Jensen played in 42 of 72 games for Medicine Hat as a 16-year-old in his first WHL season — fighting to work his way into the Tigers’ veteran defense corps. He had 6 assists and was +1 with 37 penalty minutes. Medicine Hat was third in the Central Division and reached the second round in the playoffs. Jensen dressed for all eight playoff games and in limited ice time was +1 with no points or penalty minutes.

2012-13: Jensen appeared in 68 games for Medicine Hat in his second season with the Tigers. He scored his first WHL goal and had 9 assists; finishing -10 with 66 penalty minutes. Medicine Hat was fourth in the Central Division and advanced to the second round in the playoffs. In eight playoff games Jensen was +3 and had 1 assist with 4 penalty minutes. He was ranked 76th amongst North American skaters in Central Scouting’s final rankings prior to the 2013 NHL Draft.