STANTON GETS TASTE OF THE BIG SHOW 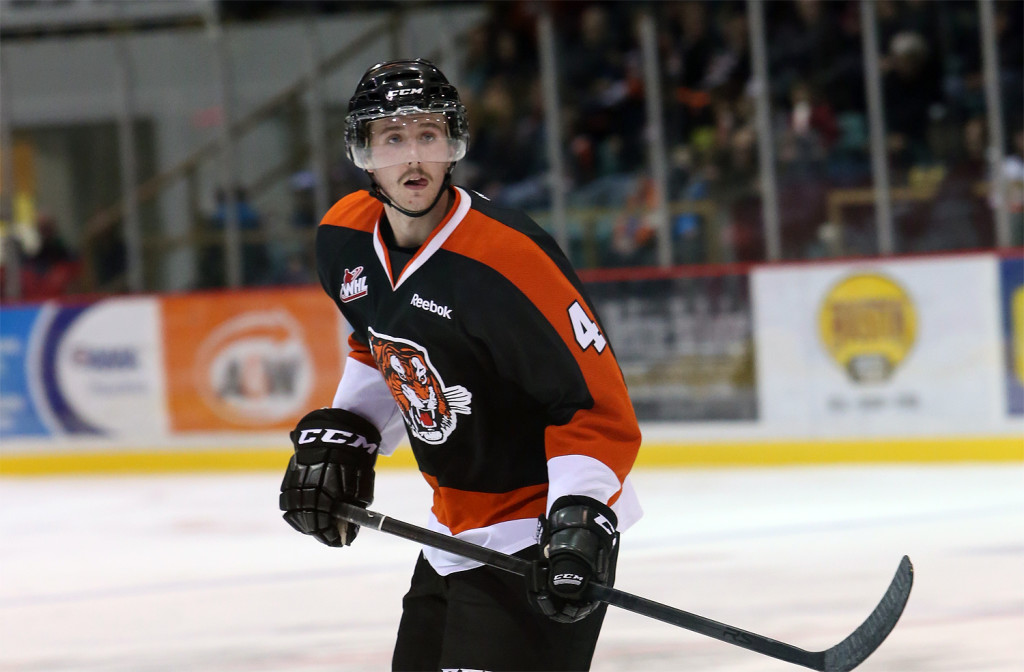 Merely sitting in the same room as NHL stars Henrik Zetterberg and Johan Franzen could have been enough for Ty Stanton.

Putting up some respectable numbers while at the Detroit Red Wings rookie camp didn’t hurt either.

Though the undrafted, unsigned 19-year-old returned to the Medicine Hat Tigers this week, he did so with plenty of confidence.

“It was pretty cool, a really good experience to play with some of the players I played with,” said Stanton prior to Wednesday’s practice at The Arena. “Even in the prospects tournament, there’s some good players there.

“Then main camp, I had Zetterberg and Franzen on my team and it’s an honour to be in the same room as them.”

Stanton played three pre-season games in Traverse City, Michigan, putting up two assists and a plus-6 rating. The 6-foot-4, 190-pound blueliner from St. Albert was expected to be sent back to the WHL…

Continue reading this article on the Medicine Hat News website by clicking here.