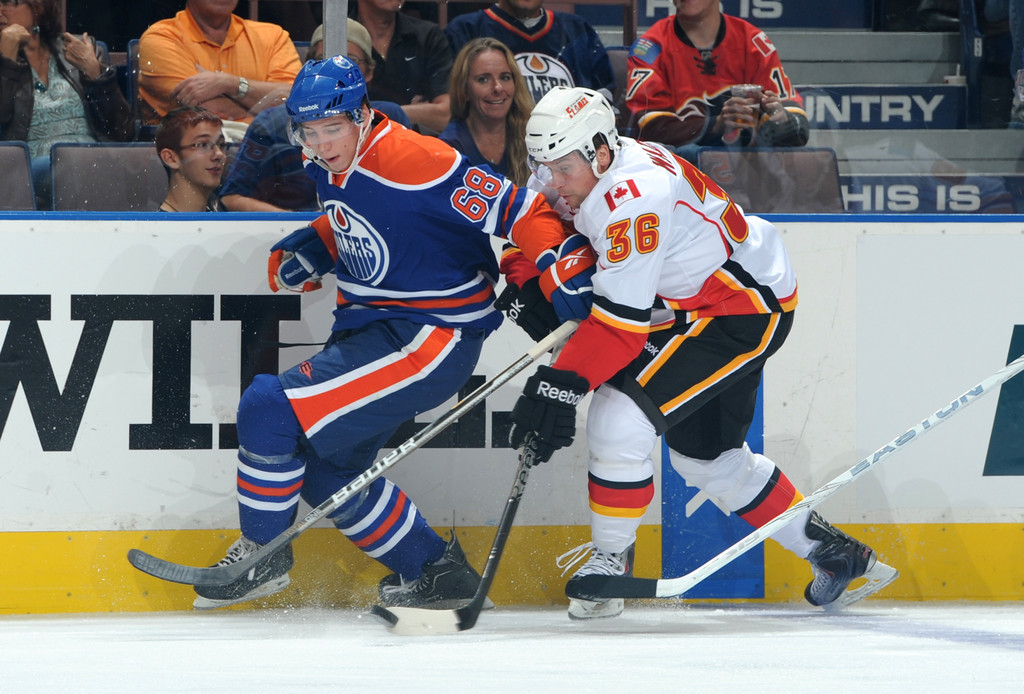 Vancouver — When Tyler Pitlick was tapped on the shoulder again, one night after playing for the Edmonton Oilers in an NHL exhibition game against the Winnipeg Jets, he purposefully obliged.

For Pitlick, it was another chance to leave a good impression, so he skated out on Wednesday for another pre-season game, this time playing alongside Mark Arcobello and Jesse Joensuu in a 4-1 victory over the Vancouver Canucks.

Edmonton’s next test goes Saturday against the Canucks at Rexall Place. There will be more cuts before then.

“It’s always good when they want to take another look at you,” said Pitlick, a 21-year-old native of Minneapolis. “I’ve been feeling pretty good out there.”

Selected in the second round of the 2010 NHL entry draft, Pitlick is in his third pro season.

He readily admits that his sophomore campaign with the Oklahoma City Barons was not his best. The winger, who has the speed and wherewithal to play the body, started out toward the bottom of the depth chart because of the NHL lockout, then missed three weeks with a concussion only to sit out another two months with a knee injury. He played just 44 of the American Hockey League club’s 76 regular-season games.

But he played all 16 playoff games, chipping in a pair of goals and four assists.

By the time the Oilers got to Vancouver, Pitlick was one of the few Barons still in the mix. Earlier Wednesday, Edmonton re-assigned defenceman Brandon Davidson and wingers Cameron Abney and former Tiger Kale Kessy to the AHL Barons. Winger Mitch Moroz was returned to the Edmonton Oil Kings in the Western Hockey League.

Pitlick went to Vancouver after an impressive outing against the Jets.

“There’s something there with that kid,” said head coach Dallas Eakins. “We just have to see if we can bring it out of him.”

With the Oilers intent on retooling their bottom six, the longer Pitlick is in camp, the better. He’s also certain he can be more productive than he has been, even if he’s cast in a more physical role. In the past two years with the Barons, Pitlick had only 10 goals.

In his only WHL season, Pitlick scored 27 goals in 56 games with the Medicine Hat Tigers.

“I think what they want me to do is be a guy who creates energy, a third-, fourth-line guy who will hit and use my speed to get in on the forecheck,” said Pitlick, who hadn’t played in Rogers Arena before Wednesday.

“But I still think I have some offensive upside. I can chip in there as well. My (offensive numbers in the AHL) definitely aren’t where I want them to be. I think I can improve on it for sure. A lot of it is just getting some confidence. They’ll get better.

“I just need to shoot more too,” he continued before the pre-season game. “Instead of looking to pass, I just need to fire as much as possible. The most important thing for me this year is to stay healthy, then I can build on playing better.

“But I’m treating this as if I’m fighting for a spot. I don’t know if they expected me to coming into camp, but I’m looking at it as an opportunity. If worse comes to worse (and he don’t make the Oilers for the opener), I want them to know I’m ready when they need me.”