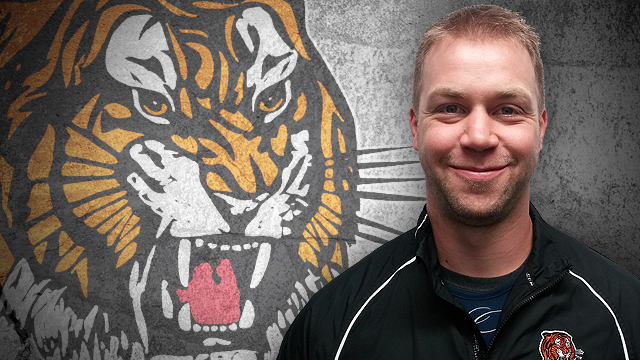 Medicine Hat, AB — Just one month ago, Jerrid Sauer was on the 1st tee box at the Tigers Alumni Golf Tournament, come September the Medicine Hat native will find himself back at the Arena and back on the Tigers bench once again.

The Medicine Hat Tigers are proud to announce former Tiger Jerrid Sauer as an assistant coach this season. Fans will remember Sauer from the 2007 Championship team. During that season Sauer put up 16 points in 54 games; overall Jerrid played 182 games for the Tigers in his career.

Sauer replaces recently promoted Darren Kruger behind the bench and will take over the strength and conditioning aspect of the team. Sauer will also bring a plethora of hockey knowledge including 331 career WHL games.

“We are thrilled to have Jerrid join our coaching staff. As a former player and member of the 06-07 championship team, Jerrid understands what it means to be a Tiger and what it takes to be successful in our league” stated Head Coach Shaun Clouston on Tuesday.

“Being a player you don’t get to see the preparation the coaches put into every game and every practice. I am looking forward to this new perception of the game and excited to join Shaun in getting another Championship back to the city of Medicine Hat” added Sauer.

Tiger fans will have to wait to see Sauer behind the bench this season, as the Tigers will not play a home game until September 20th; however Jerrid and the coaching staff will be on ice this weekend for the 2014 Training Camp kicking off Friday morning.