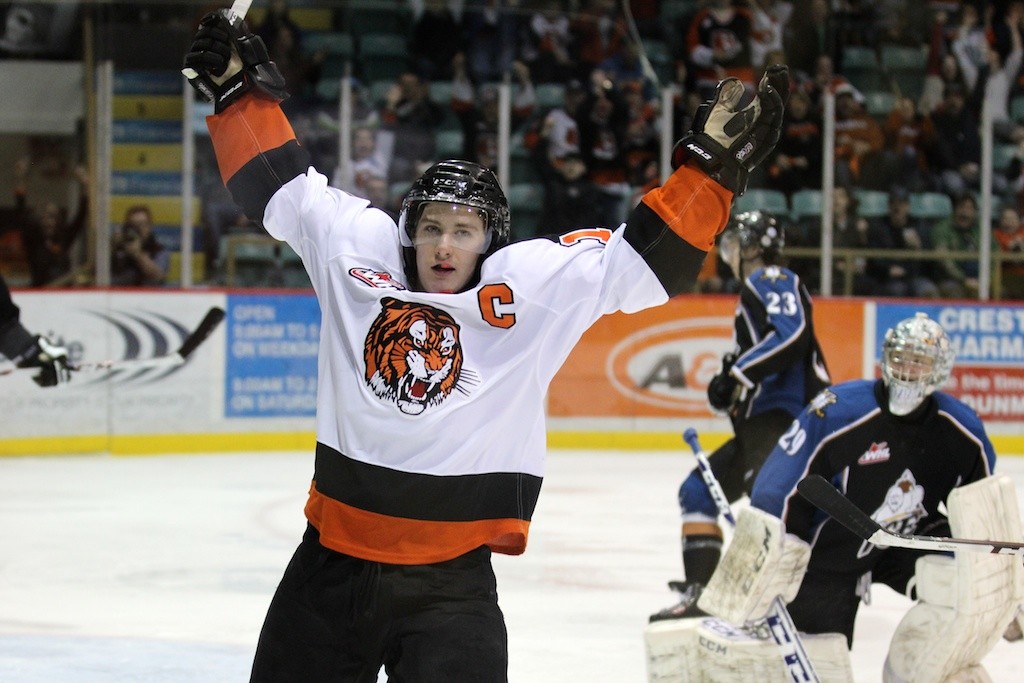 The 2013-14 campaign for the Medicine Hat Tigers will be remembered as the season of Curtis Valk.

The overage centre and local product was a fourth-year veteran with the Tigers, and while he led the team in scoring the prior year, he truly became the face the franchise in his final campaign.

Now that the Tigers playoff run has ended with a Game 5 loss in the WHL Eastern Conference championship series to the Oil Kings in Edmonton, it seems natural to think the Tigers were Valk’s team all along.

At the beginning of the campaign, that wasn’t the case. The Tigers were waiting to see if 19-year-old incumbent captain Hunter Shinkaruk would be returned by the Vancouver Canucks.

Not only was the Calgary product selected in the first round and 24th overall in the 2013 NHL draft, he also had signed an entry-level contract with the team.

Shinkaruk was indeed returned to the Tigers in early October, but he only played 18 games due to a hip injury.

At the time of Shinkaruk’s departure, the Tigers had a 21-11-3 regular season record. Some fans thought the Tigers chances to accomplish anything were over without him.

Even during those first 35 games the team dynamic was changing. When the Tigers opened the regular season, Valk wore the C. He was back from a training camp with the St. Louis Blues and the captaincy was a natural progression.