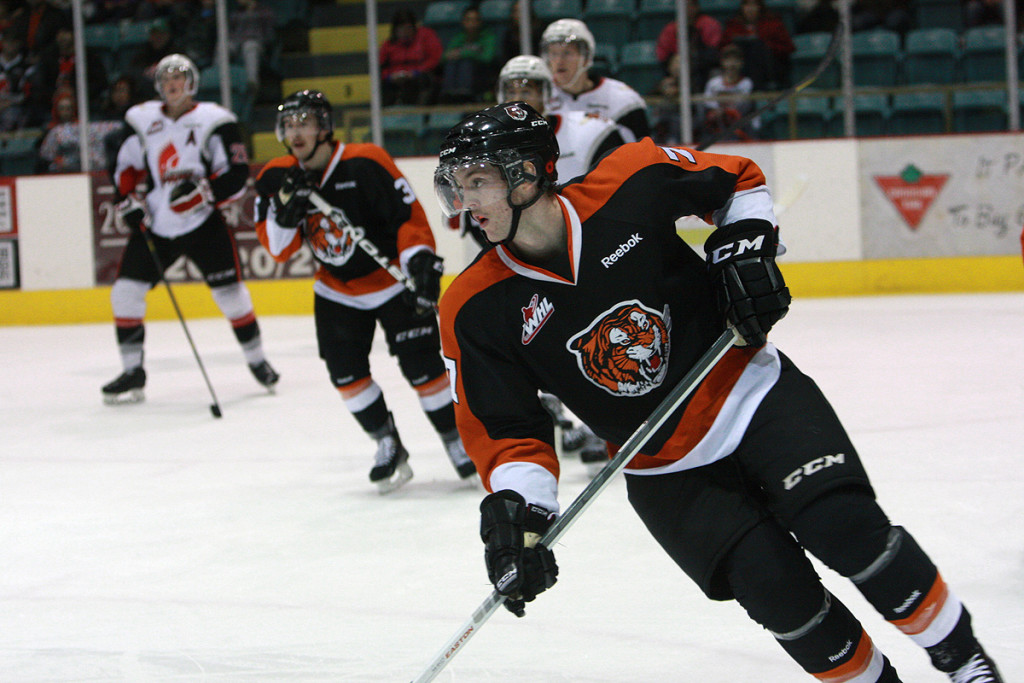 “We would like to thank Spenser for his time and contributions to the Tigers and wish him all the best in Moose Jaw,” stated Tigers’ general manager/head coach Shaun Clouston.

The next action for the Tigers is tomorrow night when the Swift Current Broncos visit The Arena for a 7:30 p.m. start.