TIGERS DROP A 4-1 DECISION TO PORTLAND 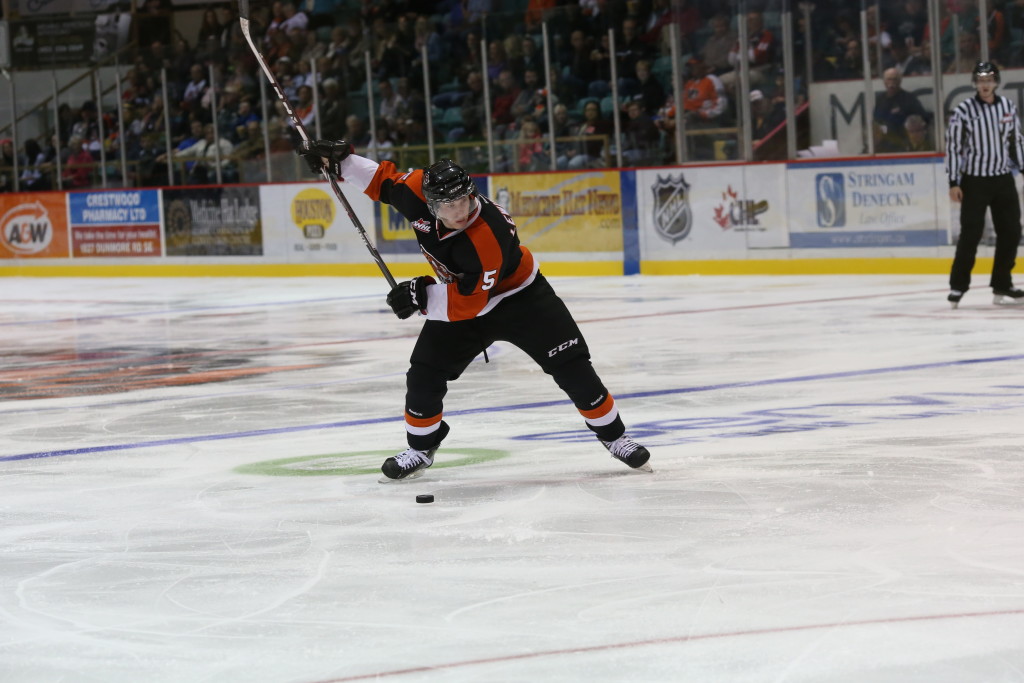 Medicine Hat, AB — The Medicine Hat Tigers knew they were going to be in tough against the Portland Winterhawks on Sunday evening, playing their 3rd game in three nights, a feat the Tigers only make twice this season, the Tigers came out flat in the first 10 minutes of the game, surrendering two goals in that span to fall behind early.

The first period was a tough one for the visitors as the Winterhawks, who normally play three games in three nights all season, took advantage of a sluggish team Sunday. It was a familiar face in Hawks forward Miles Koules who would find the scoresheet first just 6 and a half minutes into the game. Koules took a Chase De Leo pass cross crease and whacked at the puck, sending it just over the shoulder of Marek Langhamer. A little under 2 minutes later, the Hawks would strike again as Winnipeg Jet prospect Nic Petan fed Keegan Iverson who blasted a slap shot past Langhamer after a lengthy shift in their own end to give Portland a 2-0 lead at the midway point.

A early time out by the Tigers seemed to re-energize the team as the Tigers looked better to end the period, outshooting their opponents 16-10 in the frame.

The first period also saw a key forward for the Tigers get injured as Chad Butcher was drilled from behind by Alex Schoenborn who was shown the gate for boarding. The Tigers lost Butcher for the game and couldn’t capitalize on the 5 minute major penalty.

The middle period was controlled by the Tigers, as they showed more jump after the intermission. The Winterhawks are a veteran team with speed and skill, similar to the Tigers. 2015 draft eligible Hawks forward Paul Bittner would give the Hawks a 3 goal lead as he found the back of the net on a back hand that caught Langhamer of guard.

Before the period would end, the Tigers Cole Sanford would be sprung by linemate Trevor Cox on the breakaway and would tuck home a backhand to break Hawks goalie Adin Hill’ shutout bid with just 3 seconds remaining.

In the final period, Tigers showed some frustrated emotions as the parade to the penalty box started, causing a back-to-back 5 on 3 penalty kill situation, which the Tigers, who surrendered 2 power play goals last night, would kill off and held the Hawks power play 0 for 4 tonight.

The Tigers night was capped off as Oliver Bjorkstrand would complete a Gordie Howe hat trick with an empty netter, which gave Portland a 4-1 lead and the victory.

The Tigers will have Monday off to travel to Cranbrook to face Sam Reinhart and the Kootenay Ice on Tuesday. You can catch all the action on CHAT 94.5 or on the Tigers twitter.

Make sure you check the Tigers social media this week, you could win tickets to the annual Teddy Bear Toss Game December 12th!