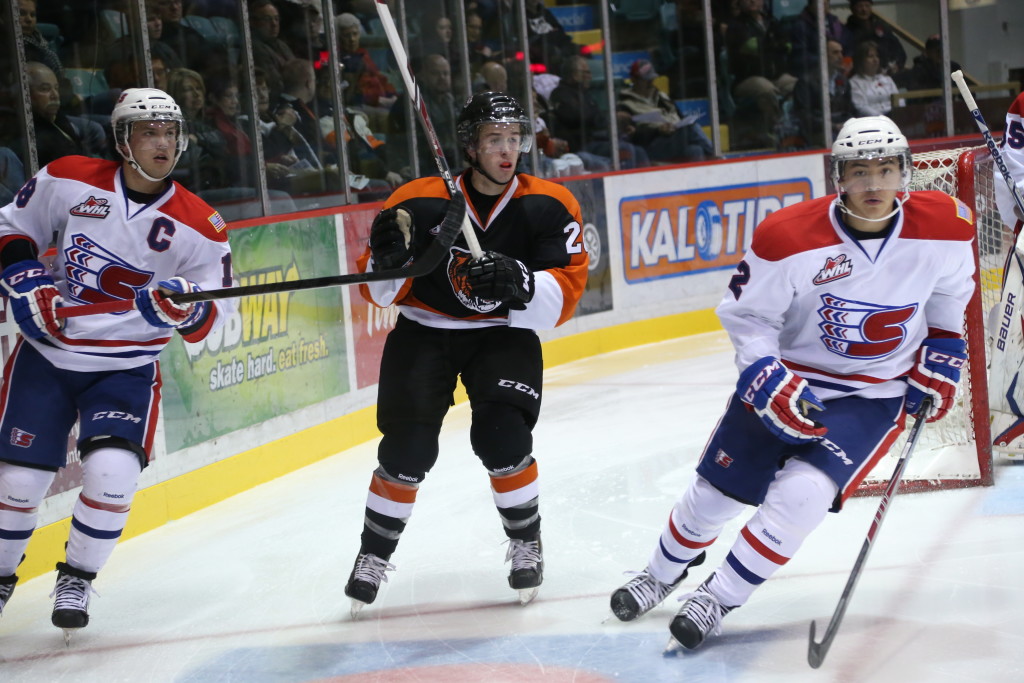 Medicine Hat, AB — Sporting the most wins on home ice in the WHL, the Tigers will pack their bags and head to the United States to finish off their season series through the US Division against the Tri-City Americans and Spokane Chiefs.

Traveling is part of everyday life for an WHL team, and the Tigers always put on the miles as they make trips out West and to Brandon throughout the season. After this weekend’s trip the Tigers have don’t have any long road trips with the exception of heading to Brandon and back to Northern Saskatchewan, small trips relative to the BC or US trips.

This current road trip will include a tilt Friday night against the Tri-City Americans and a Saturday night game against the Spokane Chiefs.

WHO TO WATCH
FOR THE TIGERS
#29 Dryden Hunt: Hunt has been hot as of late, recording the WHL’s longest point streak at 19 games. However, the 19 year old’s streak was snapped on Tuesday night, look for Hunt to get back on the scoresheet as Hunt has not gone 2 games without a point since December 3rd and 5th, 2014.

#19 David Quenneville: The 16 year old defenceman will see his ice time increase with injuries to veterans Tommy Vannelli and Kyle Becker. Last game Quenneville saw premium ice and was rewarded with a 3 assist night, his first 3 point game in the WHL. Look for Quenneville to keep the momentum going this weekend.

FOR THE AMERICANS
#39 Parker Bowles: Bowles is the Americans leading scorer this season with 43 points in 42 games. Bowles missed 6 games earlier this month and has returned scoring 4 points in 5 games.

#18 Richard Nejezchleb: The 20 year old Czech forward came over to the Americans early in the season in a trade with Brandon. Nejezchleb was sent back by the AHL Hartford Wolf Pack, and has since put up a point per game with 32 points in 27 games as an American. The 6’3 208lb Nejezchleb will give all the Tigers defence can handle on this night.

#1 Eric Comrie: The World Junior Gold Medalist is in between the pipes for the Americans, one of the league leaders in GAA with a 2.50 this season. Comrie has missed quite a bit of the season due to the World Juniors and back-up Evan Sarthou has filled in nicely, but look for Comrie to get the start against the Tigers.

WHO TO WATCH
FOR THE TIGERS
#36 Trevor Cox: Cox leads the Tigers and the WHL in scoring and has surpassed last season’s point total in 24 less games. In their only meeting last year against the Chiefs, Cox has 2 points on the night and will need to be dynamic on this night as well to lift the Tabbies to victory.

#31 Nick Schneider: With the possibility of starting one of the two games on this road trip, it is worth noting that Schneider has won 4 consecutive starts for the Tigers, the first time in his career he has started 4 straight. Depending on which night he might start, look for the 17 year old to continue to ride his momentum.

#21 Chad Butcher: Since coming back from injury before the holiday break, Butcher has been lighting up the scoresheet. In 11 games since his return, the 18 year old has 4G and 9A for 13 points. Playing along side Dryden Hunt and Matt Bradley have helped the winger and his electric wrist shot.

FOR THE CHIEFS
#17 Kailer Yamamoto: The 16 year old rookie has had a great start to his WHL career. The younger brother Keanu (who also plays with the Chiefs) hails from Spokane and already has 39 points in 43 games, good for second among rookies in the WHL.

#14 Adam Helewka: Spokane’s leading scorer this season with 57 points in good to be in the top 20 of the WHL. Helewka has set career highs in every offensive category this season with 26 goals and 31 assists. Helewka was hot after the holiday break, riding an 11 game point streak which saw him rack up 21 points in that span, however since the streak has only recorded 1 point in his last 4 games.

#2 Jason Fram: A South Delta, BC native, the 19 year old defenceman continues to rack up the points this season for the Chiefs. Already netting 40 points in 46 games this season, Fram had 57 in a breakout year during 2013-14. Fram also recorded his 100th career assist in a game Jan. 23 vs. Portland. 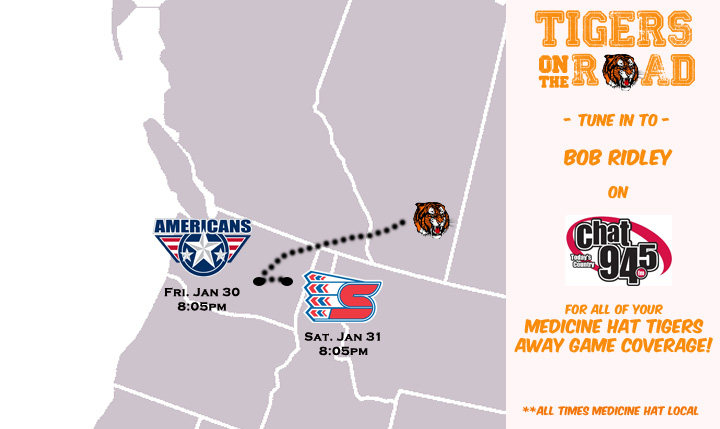