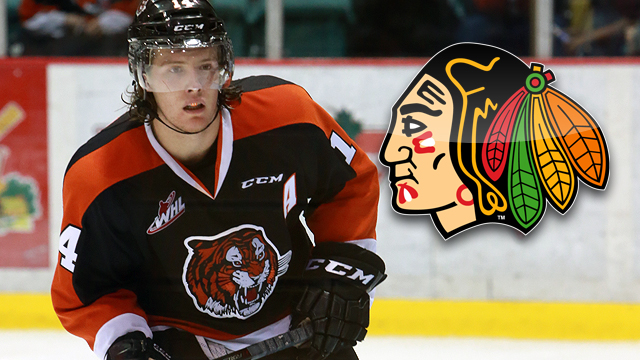 Medicine Hat, AB — The Medicine Hat Tigers made a deal on Monday afternoon sending California native Miles Koules to the Portland Winterhawks. The 20 year old forward was entering his 3rd season with the Tigers after arriving during the 2012-13 season.

“The Tigers would like to thank Miles for his work on the ice and within our community,” stated Head Coach and General Manager Shaun Clouston, “We wish Miles all the best this season in Portland.”

The Tigers roster now sits at 26 players. With the departure of Koules, the Tigers now have the league maximum of overage players on their active roster with Tyler Lewington, Marek Langhamer and Kyle Becker and currently still have overage Jared Rathjen, who has been sidelined with an injury.