TIGERS STICK IT TO BRUINS 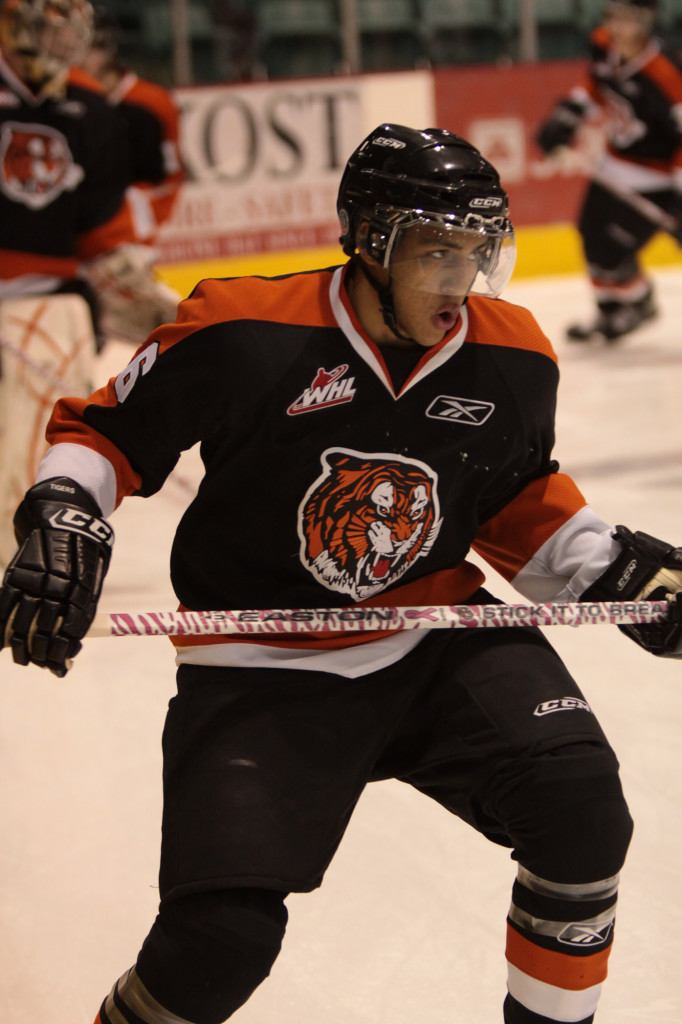 Etem, who now has nine goals on the season, scored once at even strength, while also scoring shorthanded and on the power play.

Chilliwack opened the scoring before the Tigers responded to even the score 1-1 on Etem‘s first goal of the night.

In the 2nd, Etem and Vey each scored twice, while Chilliwack responded with one of their own.

With the Tigers leading 3-2, Chilliwack scored just 1:11 into the 3rd period to even the score.  Two goals by the Tigers, Wacey Hamilton on the power play and Linden Vey late in the period, gave the Tigers a 5-3 lead.

Chilliwack managed a late goal to pull within one but could not beat Tigers netminder Deven Dubyk late in the game.  Dubyk stopped 19 of 23 shots for the win.

Both Medicine Hat and Chilliwack went 2 for 7 on the power play.

The Tigers return to action on Tuesday when they travel to Calgary to take on the Hitmen. Game time is 7:00 PM and can be heard live on CHAT 94.5 FM at tigershockey.com or watched via webcast at livestream.whl.ca.