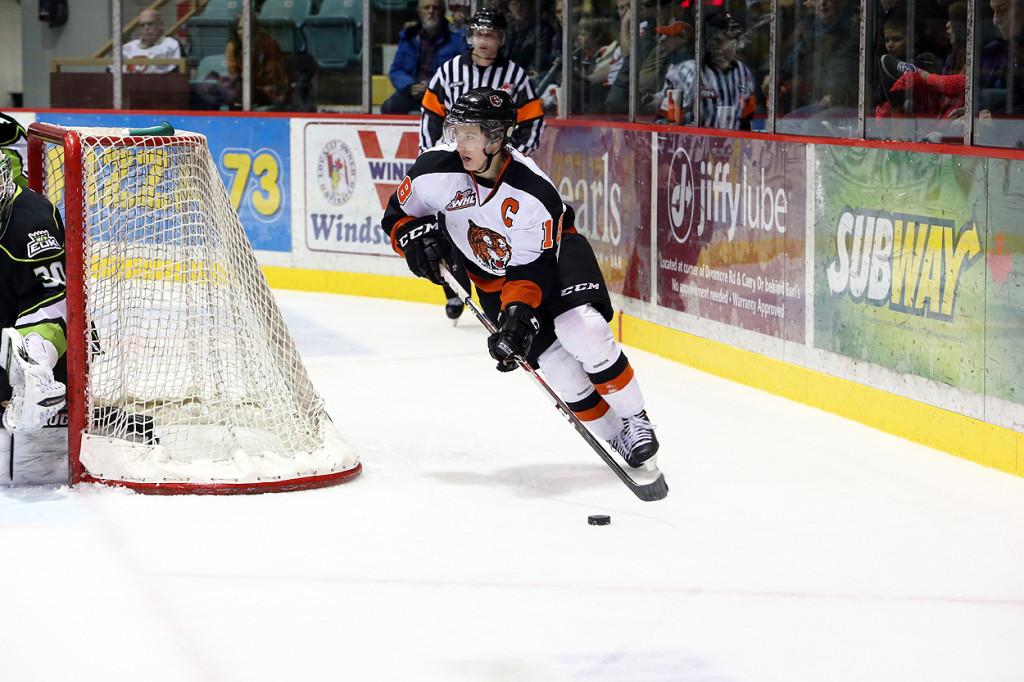 Curtis Valk joked it was all about the money.

On Monday night at the Medicine Hat Lodge, the Medicine Hat Tigers overage captain took home 11 awards at the team’s awards banquet. The local product could have had a seat positioned by the stage instead of using up extra energy for walking.

During the proceedings, Valk looked a bit surprised about what was happening. When told of overage defenceman Dylan Bredo’s joke that it was too bad the scouts didn’t see the haul, Valk had a crack of his own.

“I paid a lot of guys off tonight to get those awards,” said Valk with a laugh. “That is what the guys don’t know. I used the fine jar money to pay for that.”

Among the honours, Valk was named the team’s most valuable player in the regular season and shared the playoff MVP honour with goaltender Marek Langhamer.

In all seriousness, Valk appreciated the accolades.

“There are so many guys that should have won awards like that,” said Valk, who topped the Tigers with 47 goals and 92 points this season. “I was just lucky enough to be the guy to pick them up tonight.